Sheep and goats often hang out together, and have for a long time. Ancient skeletal material between the two are notoriously difficult to distinguish, even though they belong to separate species. Sheep belong to the species Ovis aries. They are grazers rather than browsers (no “experimental chew”), have 54 as opposed to 60 chromosomes, and generally have less personality than goats. Sheep and goat can produce non-fertile offspring, sometimes called shoats, or geeps, but I prefer chimera. 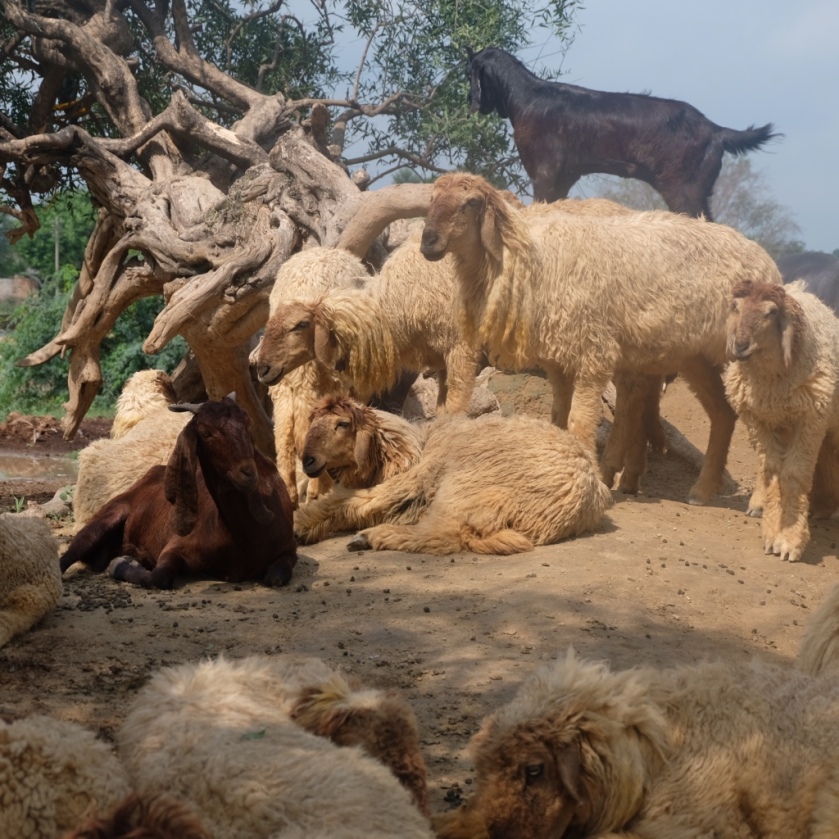 Sheeps and goats hanging out together.