Say hello to Vlad, the goat of the day. Vlad has the largest horns of all of the goats at The Haven Zoo. He was named by some of the Haven’s most dedicated supporters Eric & Lori Dessecker. The name Vlad was inspired from the fifteenth century prince of Wallachia (now part of modern Romania), Vlad the III, or sometimes known as Vlad the Impaler. Vlad’s dad was part of the “order of the dragon” which gave them the surname of Dracul.  Vlad III was not a very nice guy, and earned the nickname “Impaler” because he actually impaled his enemies and criminals in public. Centuries later, reading up on some history caught the attention of Bram Stoker who based the title character of his classic Dracula, which has arguably been the inspiration for countless other literary and cinematic adventures featuring spooky bloodthirsty vampires. Fortunately for his friends at the Haven, Vlad the goat is most certainly not a vampire, evidenced by his presence in broad daylight in the photo below. 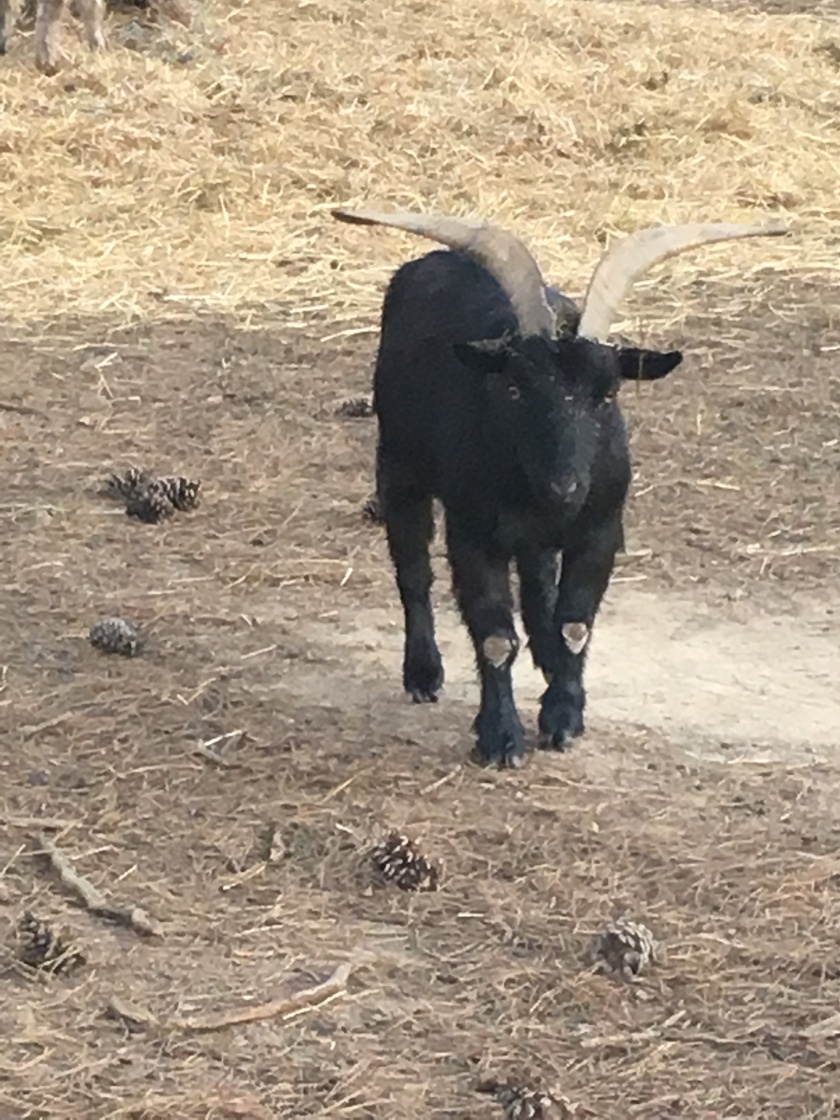 Vlad the goat enjoys the sunshine!